One of the deadly damsels of Street Fighter, Cammy is a blue eyed, long blonde platted pigtailed hair with a small forelock. Her normal attire is a green long leotard, a red beret, black combat boots and red gauntlets.

The Junketsu is a Kamui or armour from the Kill la Kill series. Kamuis are made of life fibers that when donned feed on the wearer’s blood and produces immense power. The Junketsu was hidden due to it’s almost uncontrollable power which when on override turns golden.

What if Cammy finds the Junketsu and wears it on override? Well here is Cammy in Golden Junketsu glory, ready to fight in a Kill la Kill epic street fighting battle. 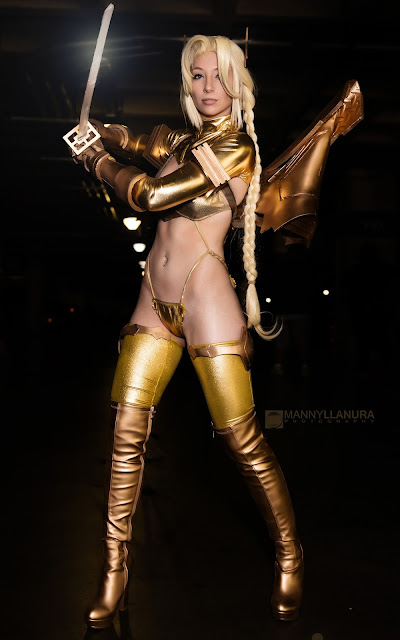 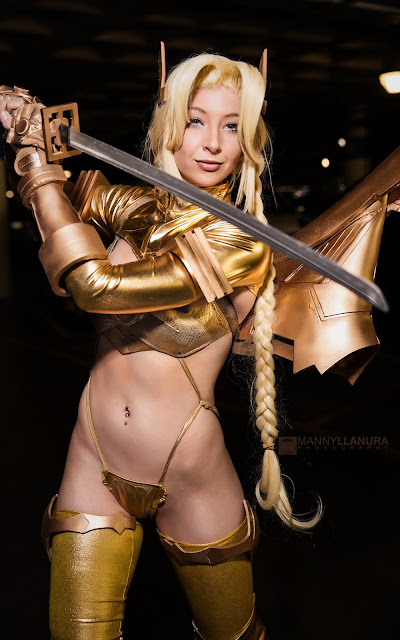 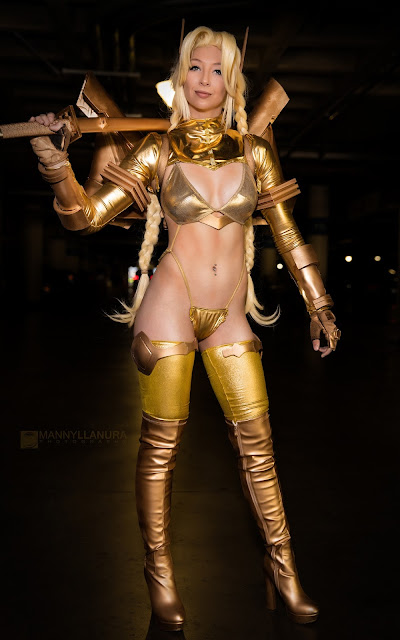 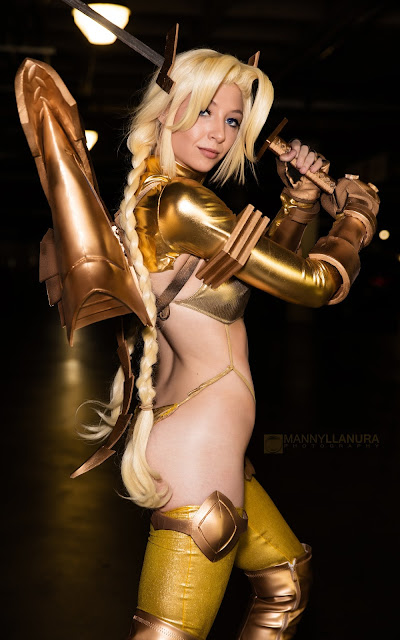 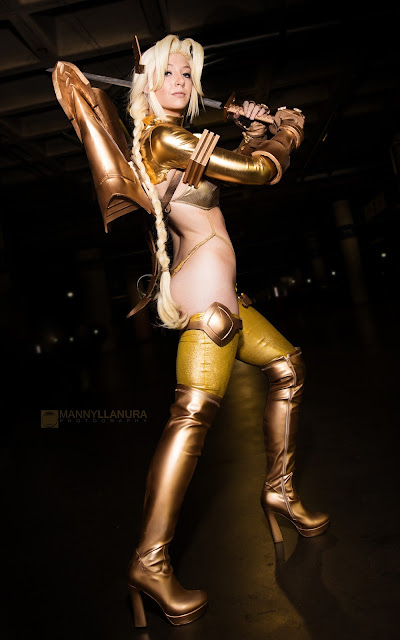 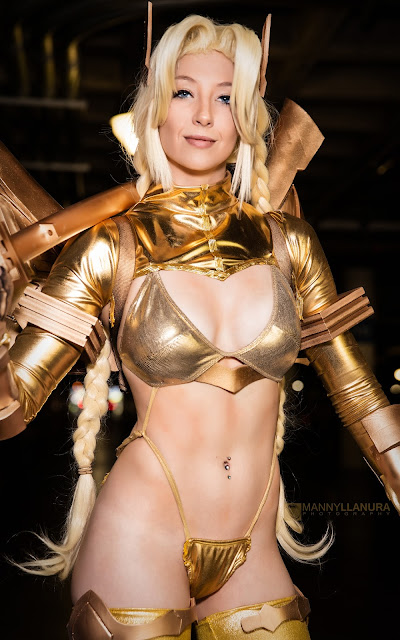 Posted by Manny Llanura Photography at 12:20 AM