Xerneas is a blue and black, quadrupedal, stag-like cervine Pokémon with an eight-horned set of antlers extending out from its head, four on each side. This is a gijinka cosplay of the pokemon character. 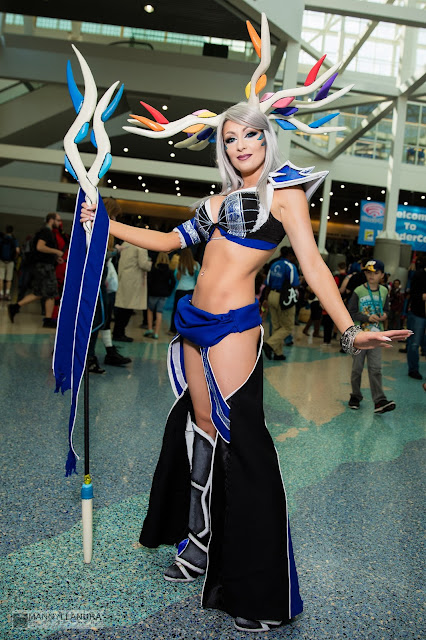 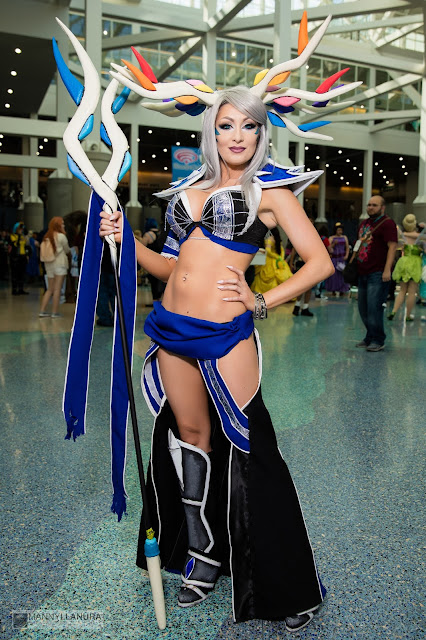 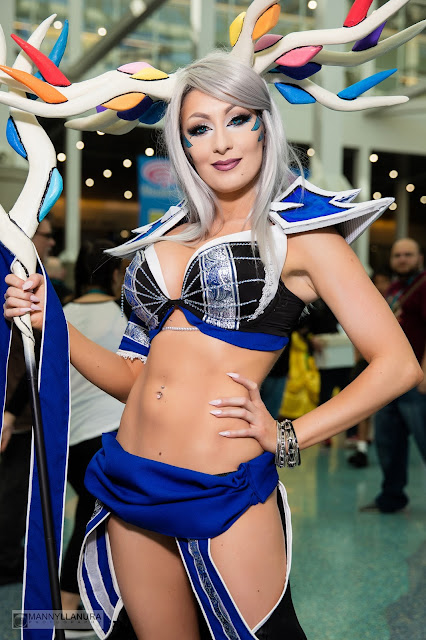 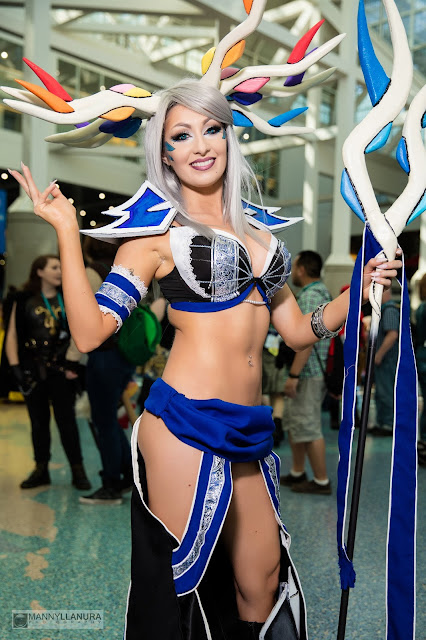 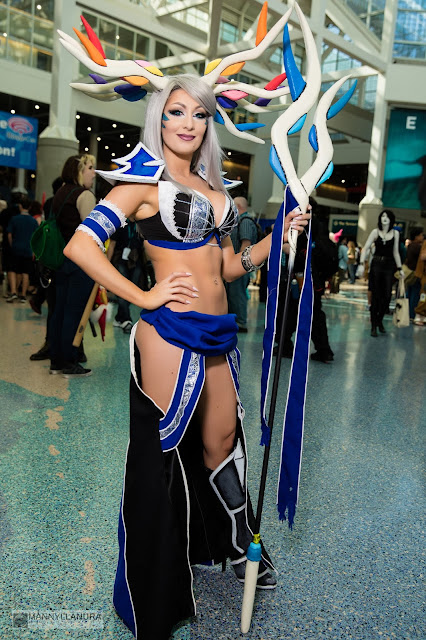 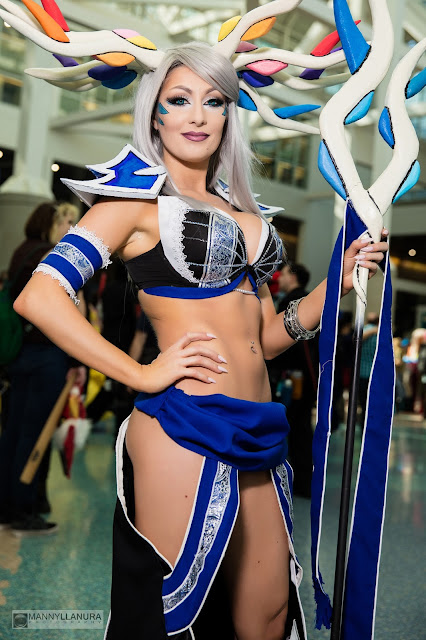 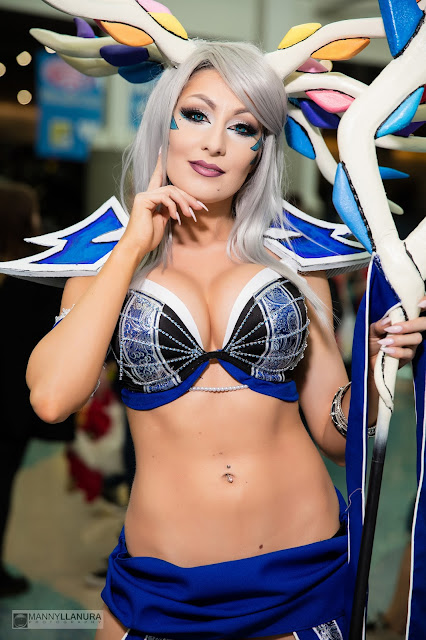 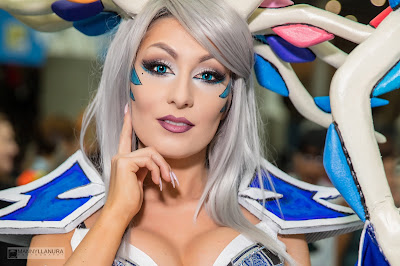 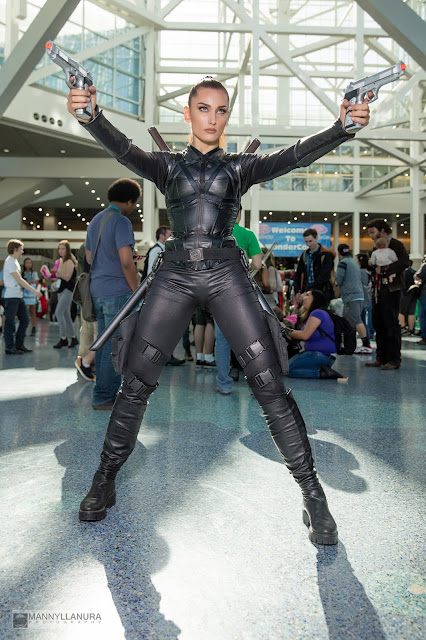 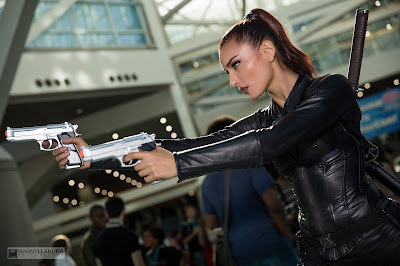 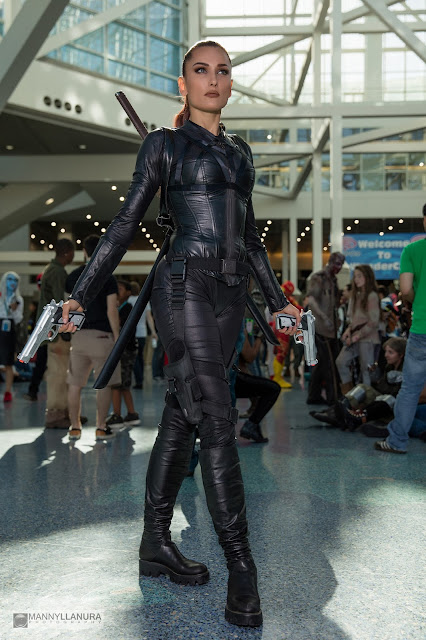 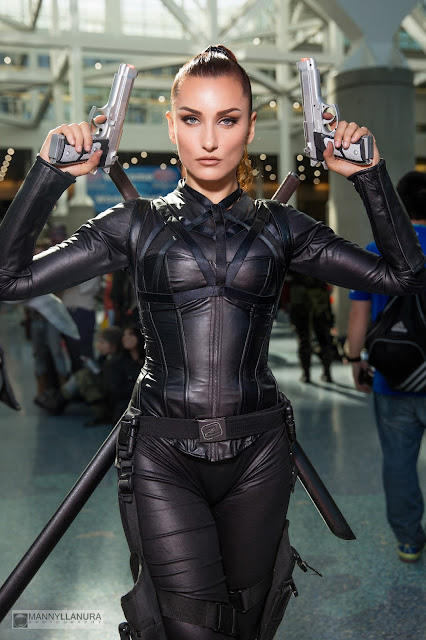 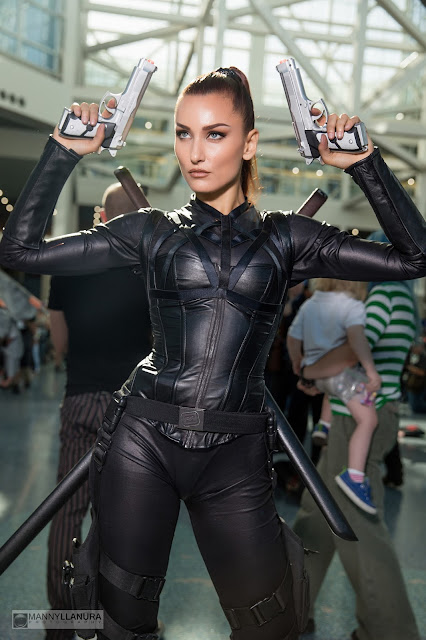 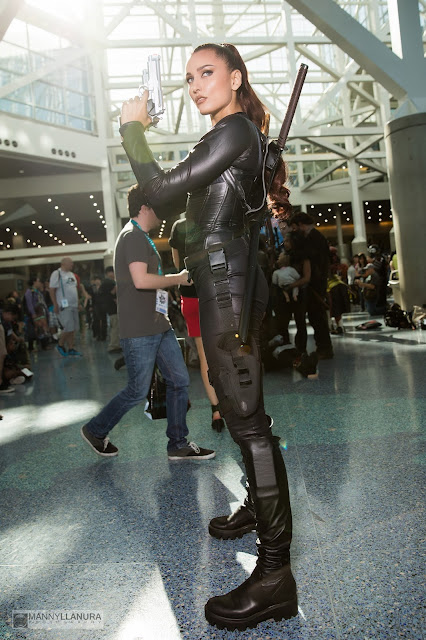 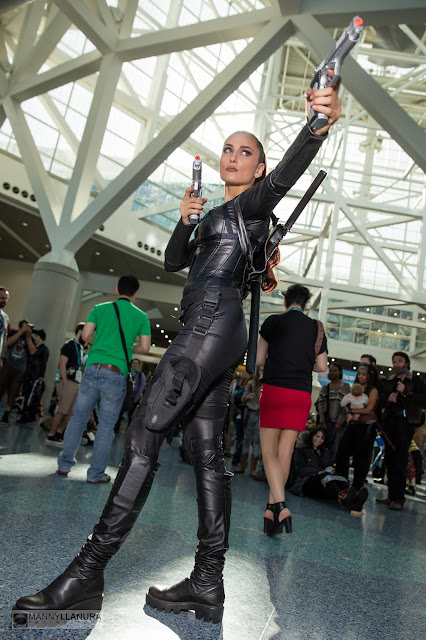 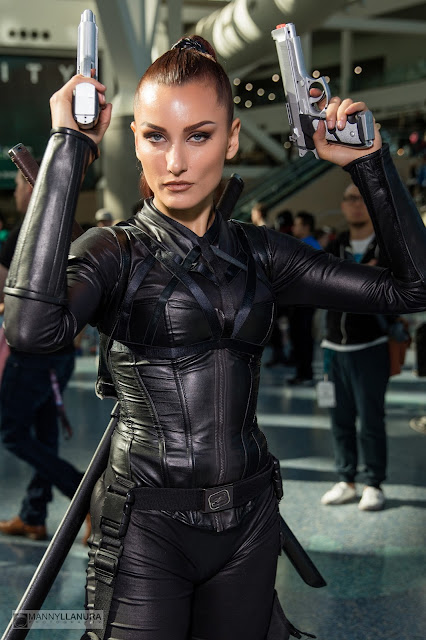 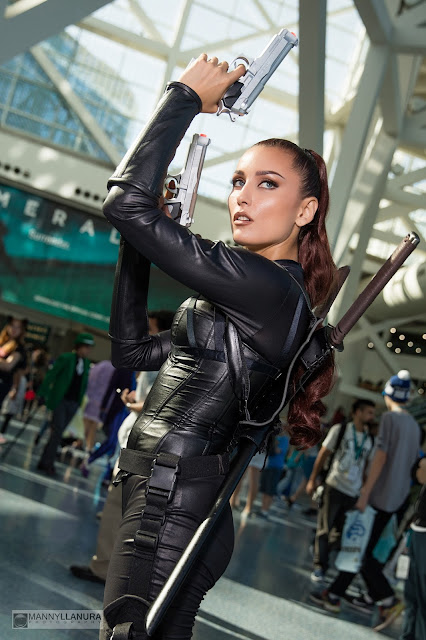 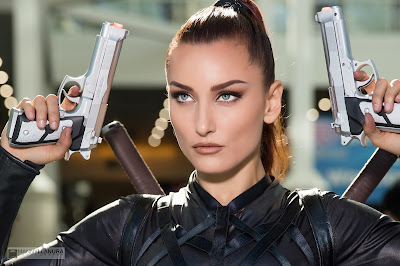 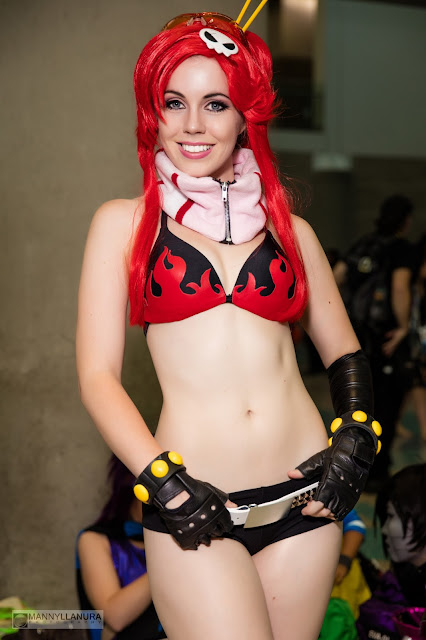 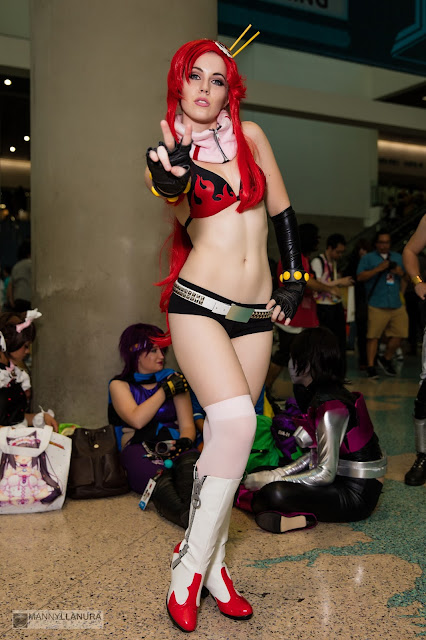 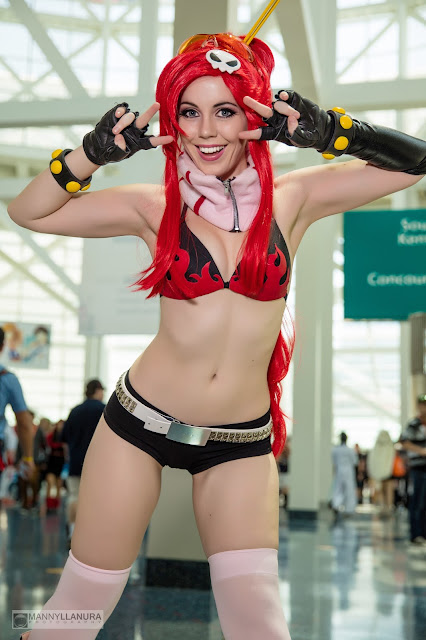 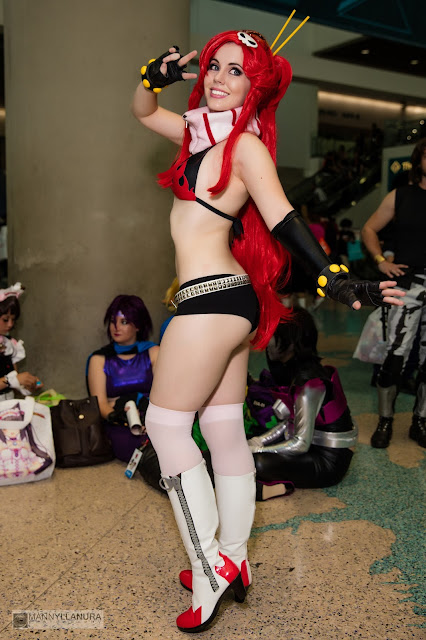 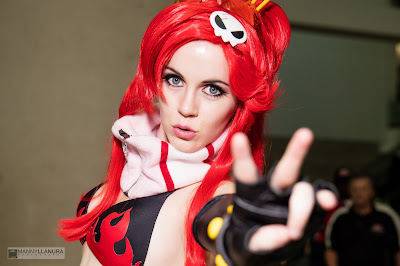 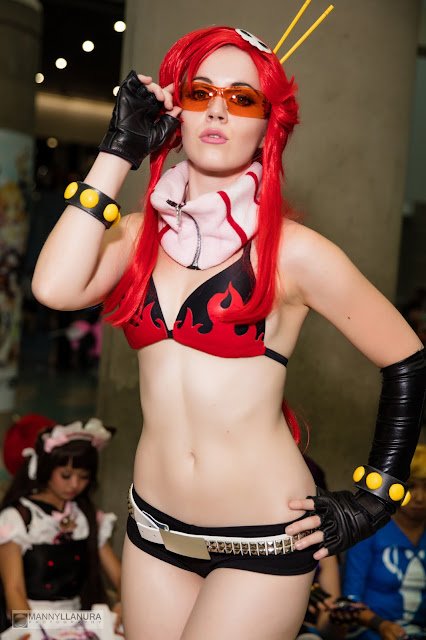 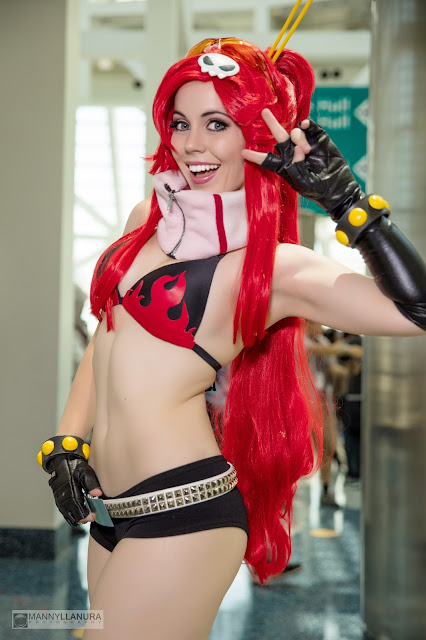 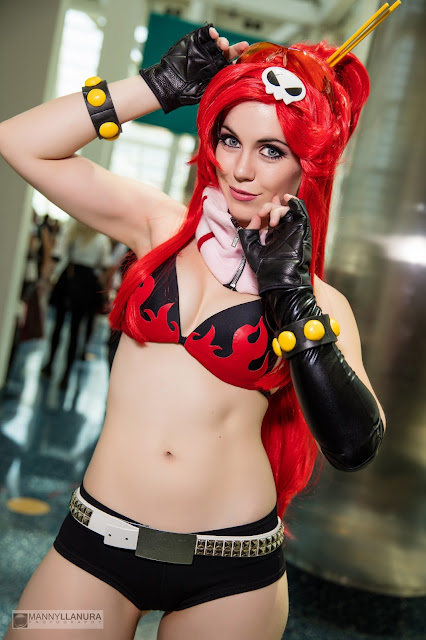 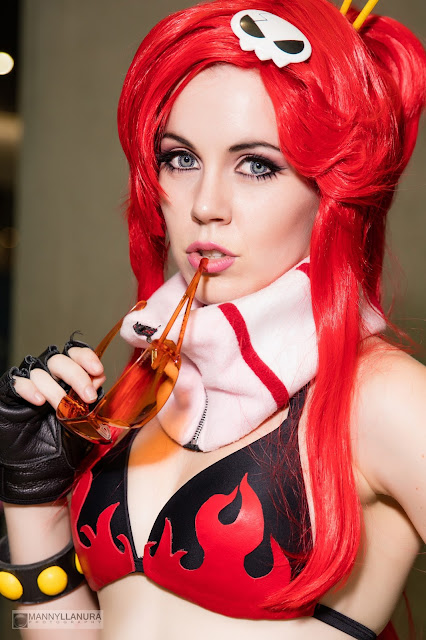 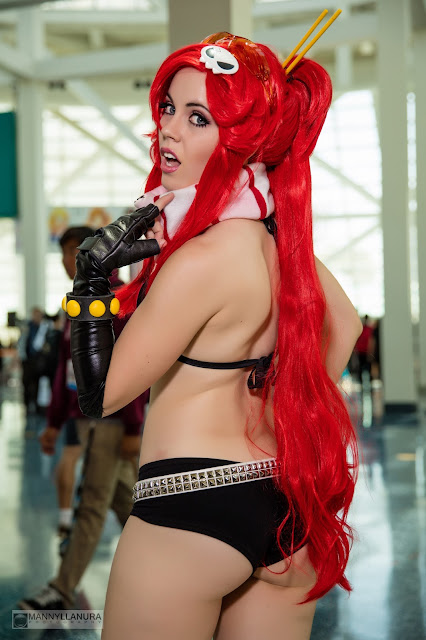